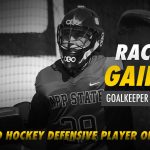 Gaines Tabbed MAC Defensive Player of the Week for Second Time in 2019 Article courtesy of appstatesports.com https://appstatesports.com/news/2019/9/17/field-hockey-gaines-tabbed-mac-defensive-player-of-the-week-for-second-time-in-2019.aspx  CLEVELAND – After posting her fourth and fifth shutouts of the season this past weekend, the Mid-American Conference named Appalachian State field hockey goalkeeper Rachel Gaines (Kettering Fairmont ’15) its Defensive Player of the Week, as announced by the MAC 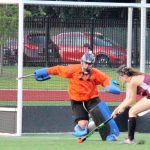 The Fairmont field hockey team started their season on August 20th against league opponent, St. Ursula Academy.  After an hour rain delay, the game got started.  The Birds held SUA to 1 goal in the first half but fell behind letting the Bulldogs score 4 more goals.  The game ended with a final score of 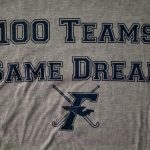 Attention All Field Hockey Alumni!! Come out and help celebrate the 100th Varsity Field Hockey Team to play at a Kettering Fairmont High School (Original, East, West and Current)!!! The game starts at 11am so show up early to warm up!  It will be played at the turf field at Fairmont Park Stadium (old soccer field/track

!Attention All Field Hockey Players! You must be registered in Final Forms for Field Hockey by July 31st to participate in tryouts on August 1st.  Along with being registered for field hockey, you must sign all of the required documentation (in final forms) and have a current physical on file by August 1st. There are

Field Hockey open field today is cancelled due to the heat. We have practice on Tuesday, July 23, from 5-8pm.

Come support the field hockey team at their carwash today at Sears Outlet on Dorothy Lane until 2pm!

No open field tonight for field hockey. Next open field is Sunday 4-6pm.

The field hockey will still be today from 6-8pm.  If needed we will move inside to the gym.