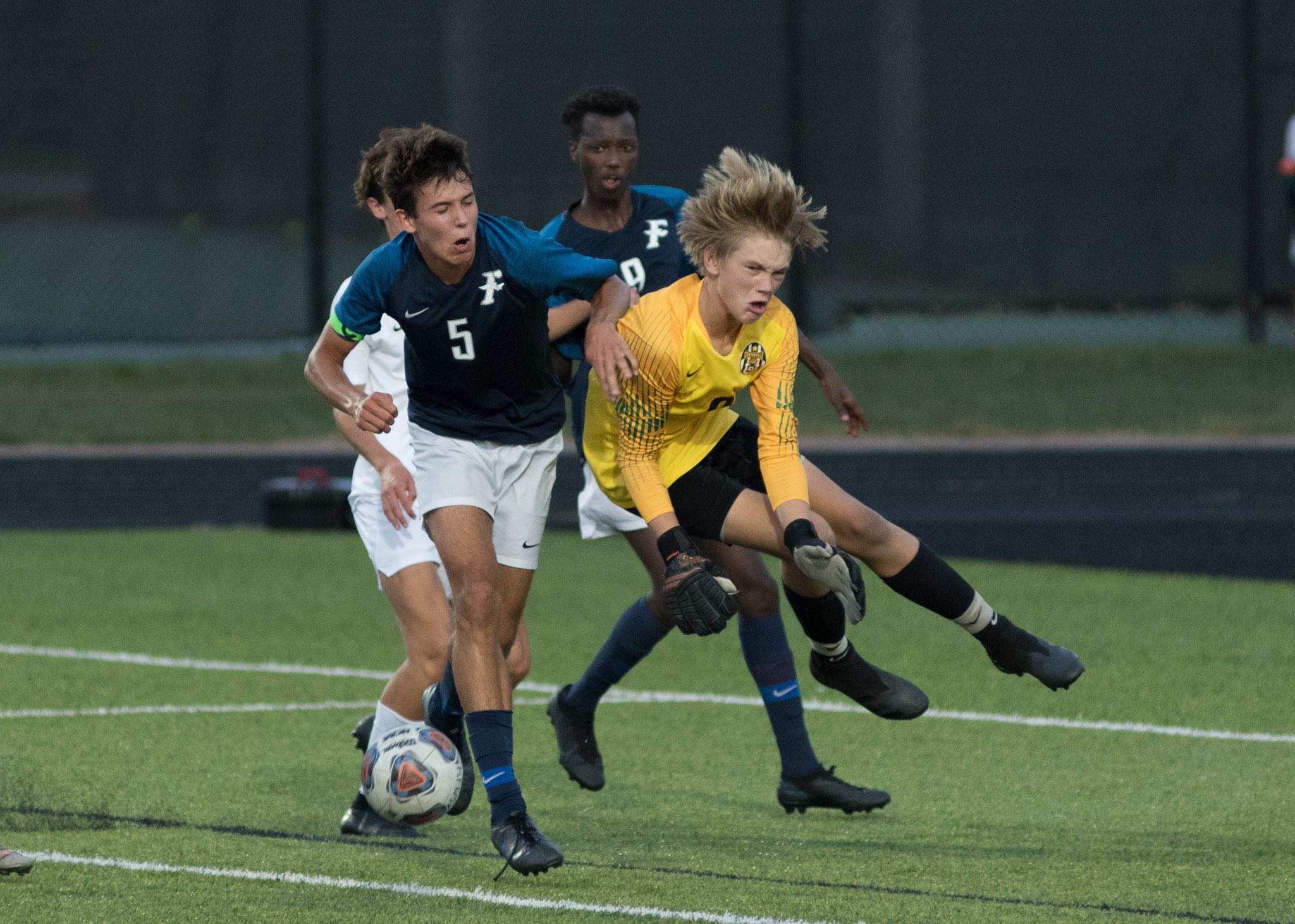 The Fairmont Firebirds lost 8-2 to a talented Centerville High School team on Tuesday night at Fairmont Park Stadium. The Elks showed how they earned their #4 ranking in Ohio. Centerville scored first, in the seventh minute, off a free kick just outside the Firebird box, and again six minutes later from a corner.

Less than a minute later, the Firebirds drew one back off a set piece. Senior midfielder Colin Stewart drew a foul on the attacking side of the center circle. Freshman midfielder Will Meilstrup took the free kick and found the head of senior defender Sam Fiscus, who put the ball past the keeper.

Defensively, senior goalkeeper Ace Uhrig came out of his box to head away a long ball over the top in the 26th minute. In the 38th, Uhrig saved a low shot, knocking it over the crossbar to keep Fairmont’s deficit manageable. The half ended with the Firebirds trailing 4-1.

Starting the second half, Fairmont changed formation from their 3-5-2 to a 3-4-3 to put more pressure on the Elks’ back four. Adding to the offensive fire was the switch of Uhrig from goalkeeper to outfield player with sophomore Joe Meilstrup taking the #1 spot for the second half.

Firebird thoughts of closing the gap on Centerville became a reality in the 46th minute, with sophomore midfielder Pascal Salama’s first goal of his Firebird career, assisted by Luck on a square ball in from the left side.

Joe Meilstrup came up with two big saves in the second half, both on Centerville counterattacks. Younger brother Will helped out his older brother with a clearance off a Centerville header across the face of the goal.

The Firebirds’ next best chance of the half came from a shot by junior striker Julian Doninger, who intercepted a Centerville goal kick. Doninger went for the far post and forced the keeper to push it wide for a Fairmont corner.

Fairmont will look to start a new winning streak when they take on Warriors of Wayne High School this Thursday, September 10. Kickoff is 7:15 pm.