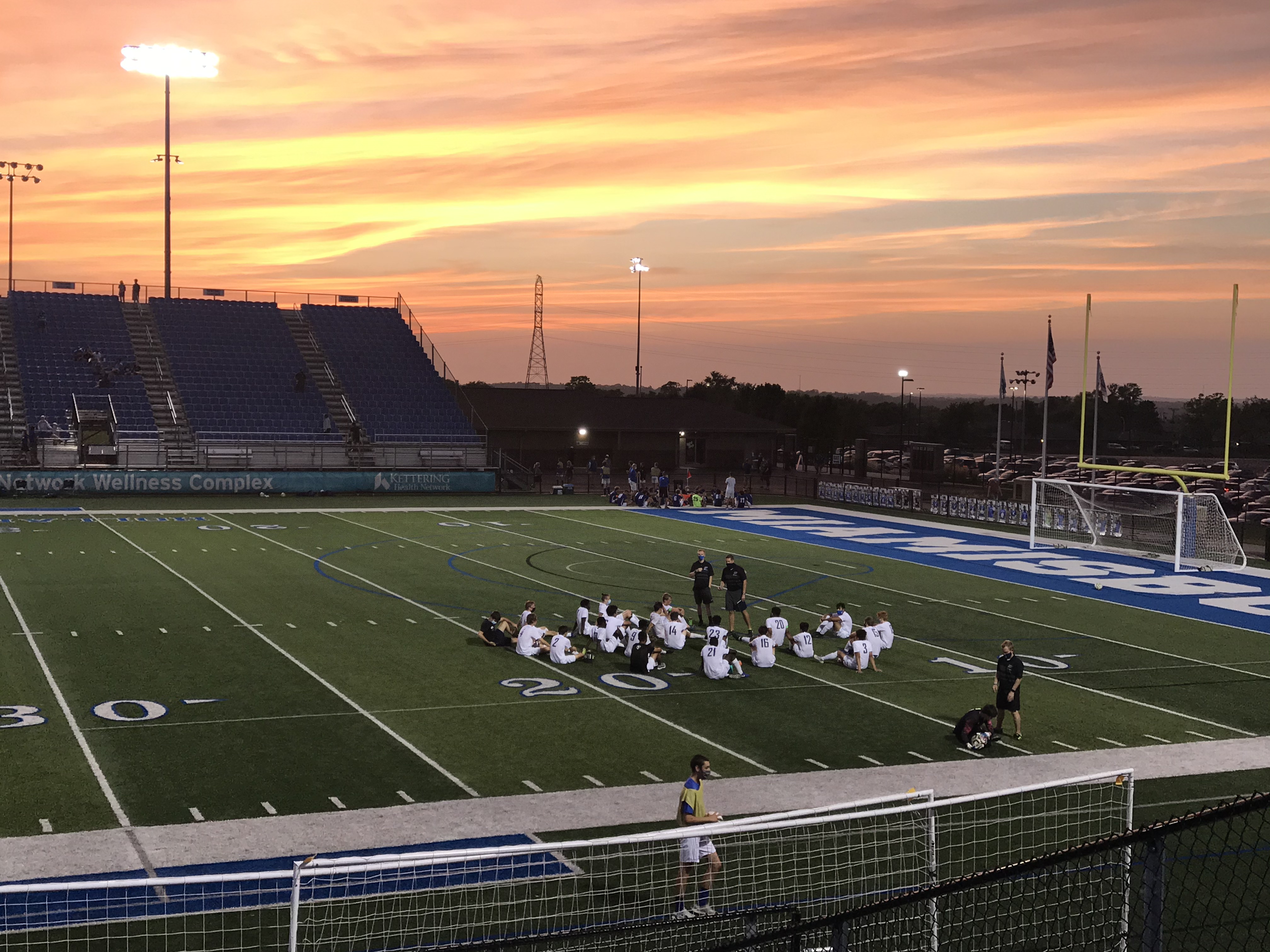 The Fairmont Firebirds dropped their first match of the season in a 2-1 away loss to Miamisburg. Each side had early chances: Miamisburg in the 1st minute due to miscommunication in the Firebirds’ back line, and Fairmont in the 4th minute when senior striker Pilote Luck nearly chipped Miamisburg’s keeper. Three minutes later, Luck had another chance denied off a ball in from junior striker Ryan Schreck. The Vikings’ keeper got just enough of the ball to parry it beyond the post.

Miamisburg scored in the 13th minute and, for the first time this season, the Firebirds found themselves trailing. For the remainder of the half, Miamisburg’s defense continued to frustrate the Firebirds. Fairmont struggled to get numbers forward, and resorted to playing long, hopeful balls over the top.

Senior goalkeeper Ace Uhrig came out with an injury in a collision with a Miamisburg attacker while going after a 50/50 ball. Sophomore Joe Meilstrup came in for Uhrig, who tried to continue, but was unable.

The Firebirds were able to generate a little more offense in the second half, when senior holding midfielder Colin Stewart began to venture upfield and succeeded in directing Fairmont’s attack. From pockets of space in the middle of the field, Stewart found sophomore midfielder Pascal Salama and junior midfielder Sam Mugenzi, whose runs and passes allowed the Firebird attack to gain some momentum.

In the 52nd minute, it looked like Miamisburg would add to their lead. Joe Meilstrup, near the top of his box, collided with a Miamisburg attacker. Miamisburg were awarded a penalty kick, but Meilstrup set his previous error right and made a huge save denying the goal. Momentum quickly turned in favor of the Birds.

The Firebirds equalized in the 70th minute, on a Pilote Luck goal assisted by freshman midfielder Will Meilstrup. The perfectly placed shot, from about 25 yards out, went just over the keepers hands and just under the crossbar. Pilote Luck is now leading the GWOC with 5 goals through 4 games. With nine minutes left, it seemed to be enough to get Fairmont a draw on the road.

Miamisburg pressed hard for a goal but the Firebird defense looked like it would hold.
Unfortunately the Vikings broke through for the game winner, a header at the far post off a cross from the left flank, in the 77th minute.

The Firebirds return home on Tuesday, September 8, to take on the Elks of Centerville High School. Kick-off is at 7:15 pm.