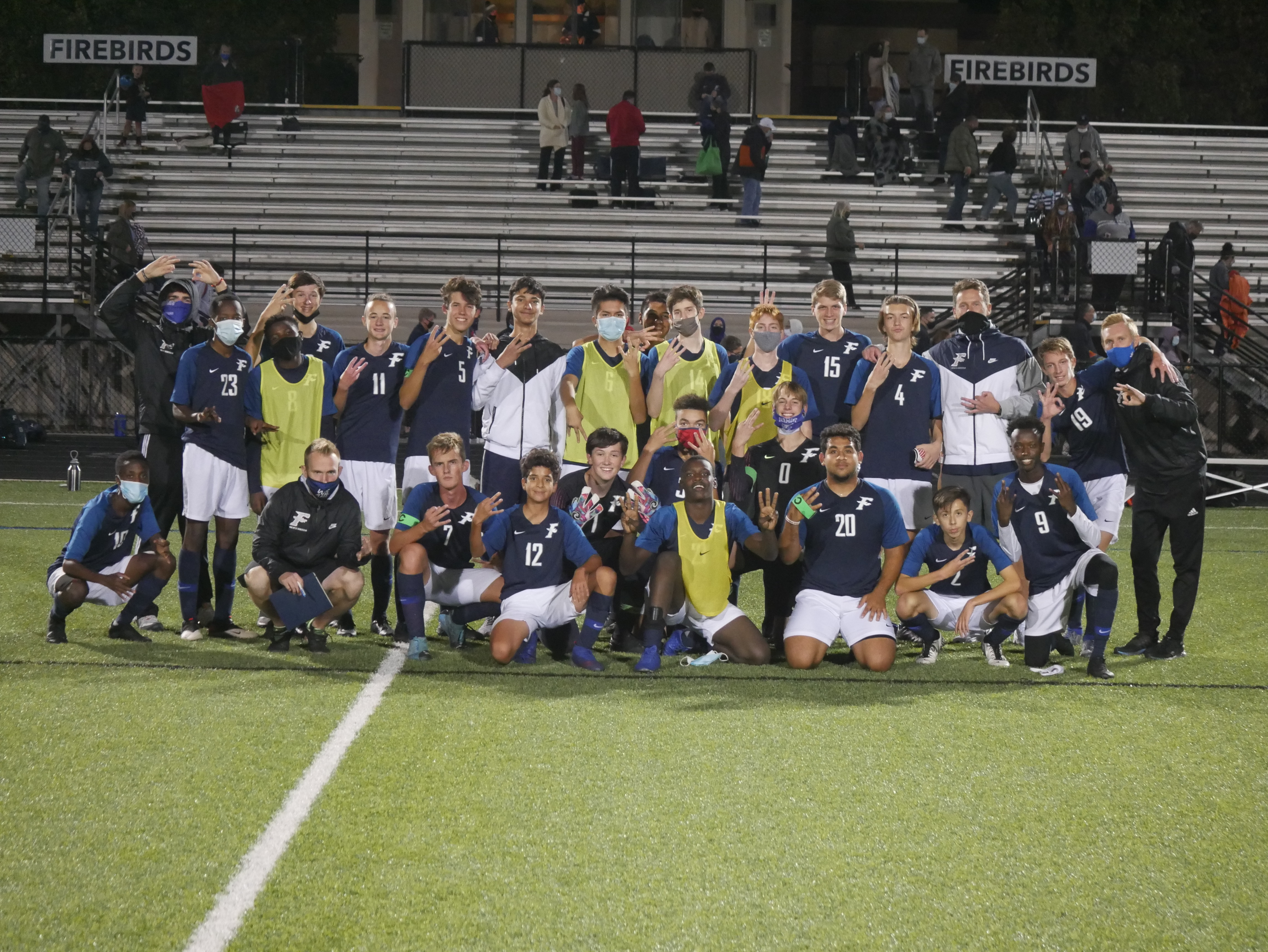 The Firebirds returned to the good side of the score sheet with a 3-1 victory over Wayne High School Tuesday evening. Fairmont had the vast majority of possession and created plenty of scoring chances throughout the game. The entire team contributed to generating offense. The Firebirds’ ability to play a high line allowed Fairmont to keep pressure on the Wayne defense and to send their outside backs deep into the attacking third.

Fairmont struck early, when in the third minute, Pascal Salama put in a cross from the right flank for Pilote Luck’s eighth goal of the season. The Firebirds nearly doubled the lead when, only a minute later on a Fairmont corner kick, a header from freshman Will Meilstrup hit the bottom of the crossbar and bounced off the goal line. The ball barely missed crossing the line completely.

The biggest threat against the Fairmont defense happened in the 25th minute. Wayne had a breakaway 2-v-1. The run looked dangerous until center back Dominic Lander-Boulis knocked away the pass from one Wayne attacker to the other.

Fairmont doubled its lead in the 28th. The Wayne goalkeeper parried away a screaming shot from Luck, but midfielder Nik Aregood was alert to the rebound. Aregood headed it towards goal, and then followed up with his feet and chest to make sure the ball found the back of the net.

The Firebirds struck again 20 seconds later. Luck had the ball on the left flank and centered to Sam Fiscus on the penalty arc who beat the keeper for Fairmont’s third goal of the night in the 29th minute.

Fairmont did not add to their lead in the second half, but came close a few times, including shots from Colin Stewart and Ryan Schreck that required great saves from the Wayne keeper, and a shot from Luck that rebounded off the crossbar.

Fairmont goalkeeper Ace Uhrig was not called into action much in the game, but was decisive in coming off his line in the 49th minute and again in the 62nd. Both times, he quickly recognized that Wayne attackers had shown him a little too much of the ball and was able to clear before serious threats arose.

Goalkeeper Joe Meilstrup entered the match in relief of Uhrig and made a great save of his own in the 77th minute on a Wayne free kick from 25 yards out. Meilstrup got to the near post and pushed the shot wide of goal.

Fairmont wraps up the regular season on Thursday, October 8, by hosting #8 ranked Beavercreek. Kickoff is 7:15 pm.