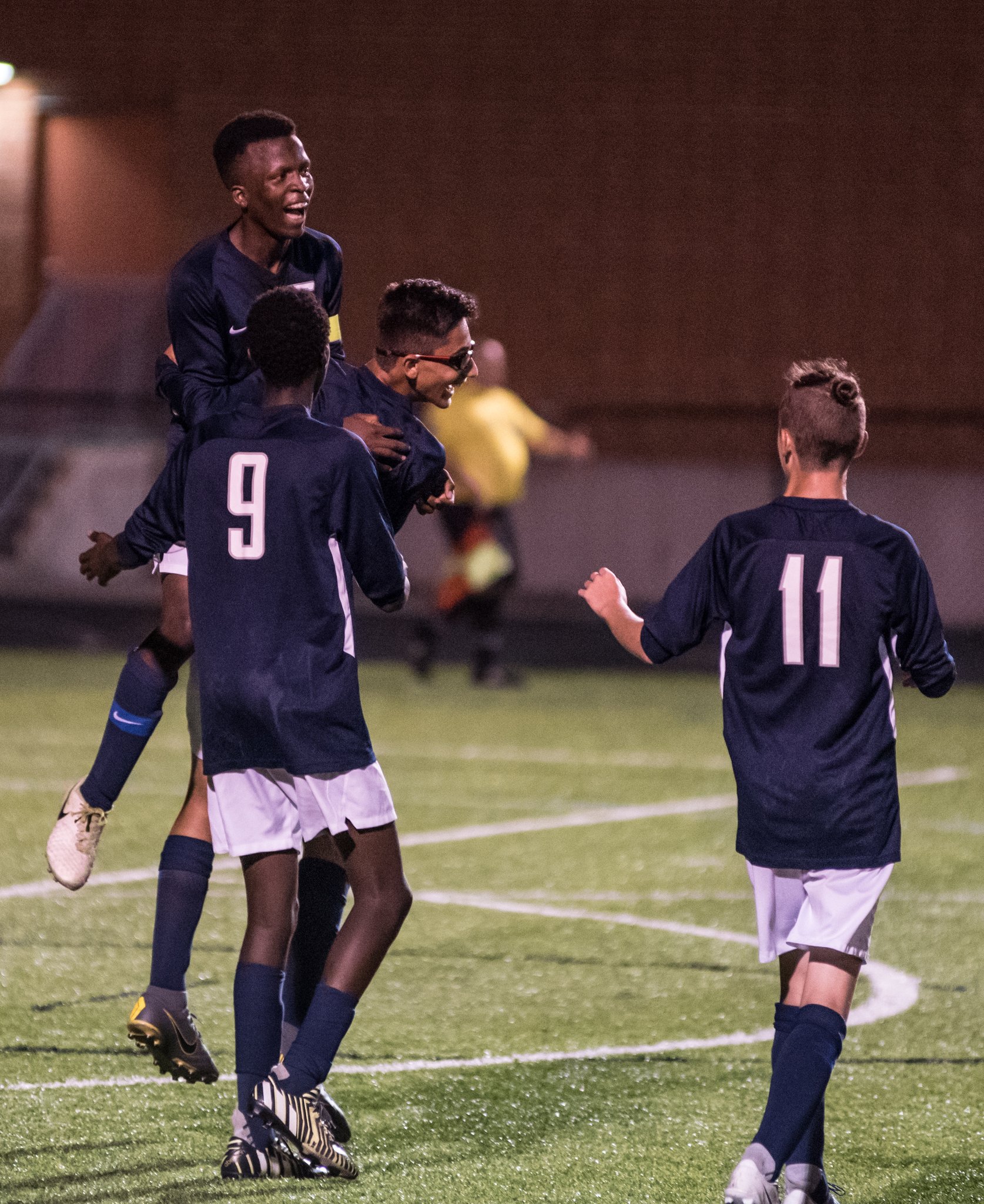 The Fairmont boys earned their 1st win of the season in a thoroughly dominating performance over the Miami Valley School. Sending multiple players down the flanks on the opening kickoff, the Firebirds seized the game from early on and won their first corner of the match in the first 15 seconds. Fairmont asked questions of the Rams’ defense, and finally got the answer they wanted in the 12th minute, when Tyler Adams (SO) scored by chasing down a flick-on header past the Miami Valley back line from Fabrice Uwihirwe (SR).

Adams continued to combine well with Uwihirwe and midfielder Luck Pilote (JR), but the next breakthrough did not happen until the 19th minute. Outside mid Bryce Roberts (FR) scorched a cross from the left into the Miami Valley penalty area which Adams found and buried into the net for his 2nd goal of the night.

Fairmont had several more good scoring opportunities in the first half, but did not capitalize on them. On the defensive side, holding mids Colin Stewart (JR) and Francisco Negrete (JR) denied the center of the pitch to the Miami Valley attack.

At the start of the 2nd half, Miami Valley worked hard to bring themselves back into the match. Despite some successful high pressure from their attackers, the Rams were never able to generate any scoring threats.

Fairmont once again found the goal in the 53rd minute off a free kick earned through a Miami Valley foul on outside mid Aaron Meade (FR). Trent Webb (SO) delivered a dangerous ball into the Rams’ penalty area that found Sam Fiscus (JR) and then Uwihirwe, who put it home for the Firebirds.

Fairmont continued to control the match, scoring again in the 69th minute. Striker Ahmad Hamdan (FR) notched his 1st Varsity goal courtesy of a beautiful and unselfish square ball inside the box from Uwihirwe, who himself received a line-breaking through ball from Stewart. In the 76th minute, Josue Martinez (SR) completed the rout by scoring on yet another unselfish ball across the penalty area from Pilote.

The Firebirds’ center back trio of Webb, Martinez, and Collin Altick (SR) effectively quashed the Miami Valley attack. On the night, goalkeeper Tyson had more to do as an outlet for drop passes from his defenders and midfielders than as a shot-stopper.

The Firebirds will look to carry their momentum into their next match on Thursday, September 19 at Sidney High School. Kickoff is 7:00 pm.