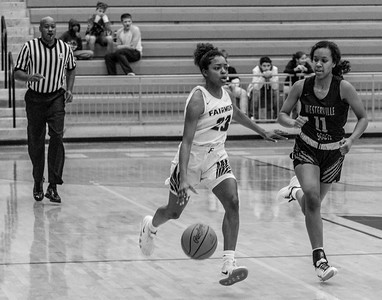 The Fairmont Firebirds were victorious over the T-Bolts of Northmont 68-40 on Saturday afternoon. The Firebirds controlled most of the game and the whole roster played in the contest.

Madeline Westbeld and Madison Bartley both ended-up with 21 for the game. Bartley joined the 1000 career point club with her first basket of the game. The Firebirds were led defensively by Kierra Thornton and her 5 steals. Westbeld also added in 4 blocks.

Makira Webster added in 5 assists and controlled the offensive side. The team as a whole had 16 steals to 9 turnovers.

The Birds are now 10-1 on the season and play home on Monday night vs Lebanon. Also, a huge shout-out to our freshman and JV team for getting victories on the road! Go Birds!