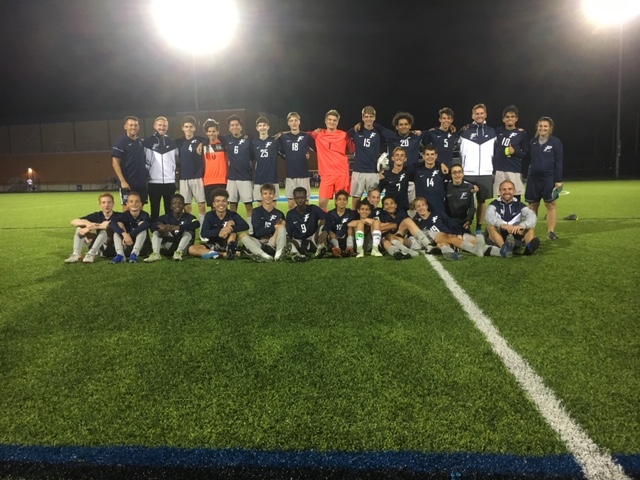 On Senior Night, the Firebirds earned a hard-fought point in a 1-1 draw against the Vikings of Miamisburg High School. Fairmont struck first in the 25th minute. Ahmad Hamdan (FR) drew a foul in the Miamisburg box to earn a penalty kick for the Firebirds. Captain Josue Martinez (SR) stepped up to the spot and converted the penalty.

The back line of Collin Altick (SR), Martinez, and Dominic Lander-Boulis (FR) did well to limit chances from the Miamisburg attack. In a preview of seasons to come for the Firebirds, Lander-Boulis, allowing neither a passing lane nor space to run into, contained a Viking attackers in several one-v-one situations.

Miamisburg drew level in the 36th minute when their attacking midfielder cut in from the right flank and sent a screamer past Seth Tyson (SR) to the far post. The first half closed out 1-1. Fairmont created more good chances in the second half. The most exciting of these began with Tyler Adams (SR) finding Nik Aregood (JR). Aregood passed along to Hamdan, who returned the ball to Adams for a shot on goal. Defensively, Seth Tyson was equal to the Viking attack. Tyson was decisive in coming off his line for clearances.

Fairmont’s next match is the first round of SWDAB playoffs. The Firebirds will revisit Springfield High School on Saturday, October 19. Kickoff is scheduled for 7:00 pm.