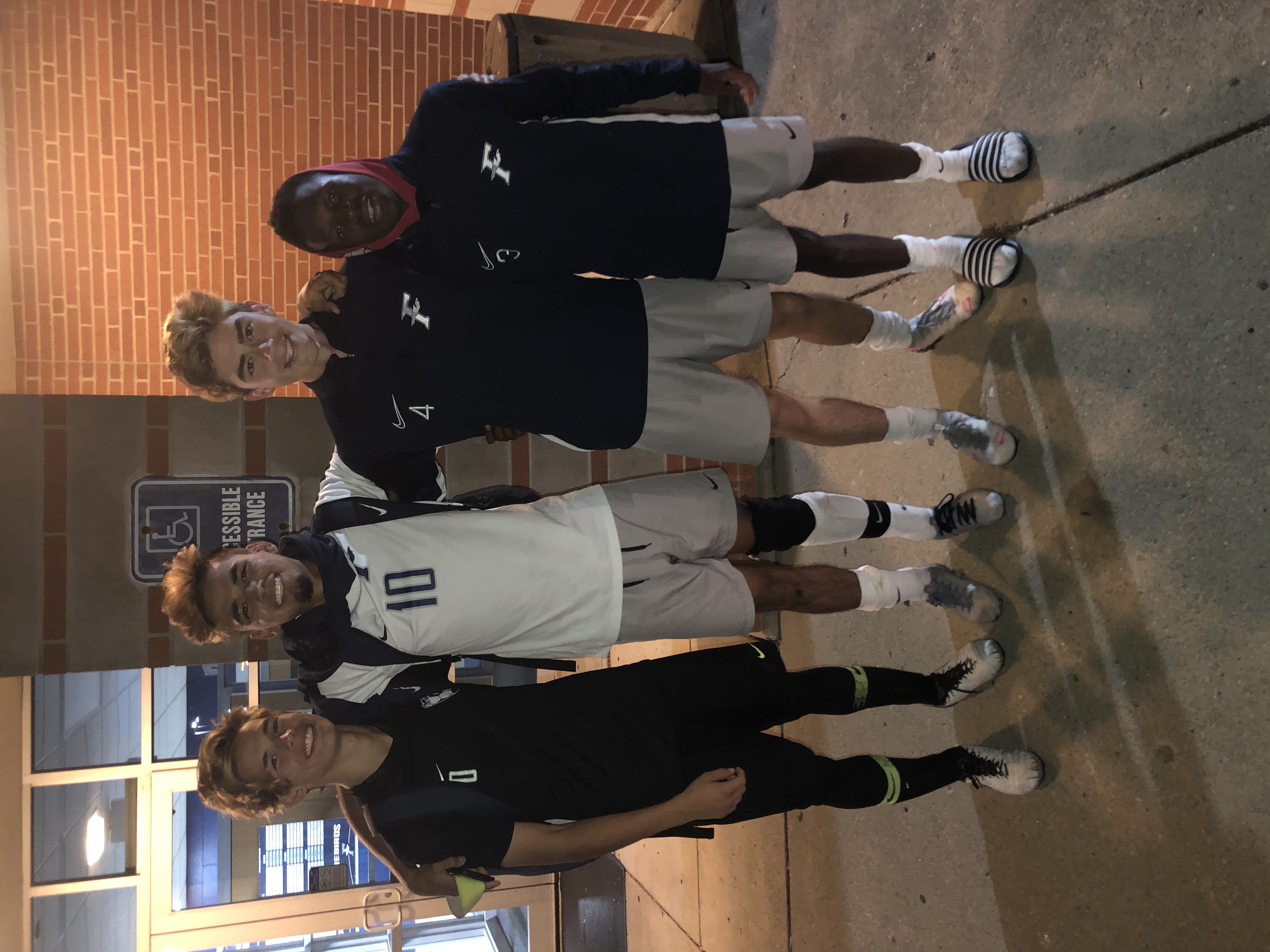 The Fairmont men’s soccer season came to a close on Saturday night with a 4-3 overtime loss to Springfield High School. The Firebirds never trailed in the match until the Wildcats’ game-winning goal in the first overtime period.

The Firebirds took the lead in the 6th minute when Luck Pilote (JR) was taken down in the Springfield box. Following a long delay between the foul and the taking of the penalty kick, Martinez kept his cool and put the ball outside the reach of Springfield’s keeper and into the back of the net. On the ensuing kickoff, the Wildcats seemed determined to get the goal back immediately, but Altick and Tyson quashed the attack.

Fairmont increased the lead to 2-0 in the 21st minute on another penalty, when a Springfield attacker dragged Martinez down inside the Springfield box on a set piece. Martinez again stepped up and converted the penalty to double the lead.

In the 26th minute, Springfield pulled back a goal on a breakaway after a missed clearance near midfield; the first half ended with Fairmont leading 2-1.

In the 50th minute, Tyson came off his line to corral a loose ball. In the process, Springfield were awarded a penalty on a phantom foul. Yoro Diallo converted the kick to even the match at 2-2.

The Firebirds went back on the attack and found success with Fabrice Uwihirwe (SR) making runs down the right flank, but could not convert their chances until the 64th minute. Fairmont retook the lead at 3-2 when Sam Fiscus (JR) cut inside from the right side and drew a foul about 30 yards out. Tyler Adams (SO) took the free kick and connected with Fiscus, who put a gorgeous glancing touch with his head on the ball to float it over the Springfield keeper and just inside the far post.

Springfield pressed for the remainder of the match, but the Firebird defense held strong, including a goal-line clearance from Ryan Schreck (SO) in the final minute of regulation. It looked as if Fairmont had locked up the result, but Springfield found an equalizer from a scrum in the box following a corner kick with 21 seconds left to send the match to golden-goal overtime. The Wildcats struck 19 seconds into overtime to end the Firebirds’ season.

The Fairmont soccer program bids farewell to its seniors: Seth Tyson, Josue Martinez, Collin Altick, and Fabrice “Mr. President” Uwihirwe. We are forever grateful for their leadership and their contributions to the program. We hope that they are as proud to have called themselves Firebirds as we have been to call them our teammates.