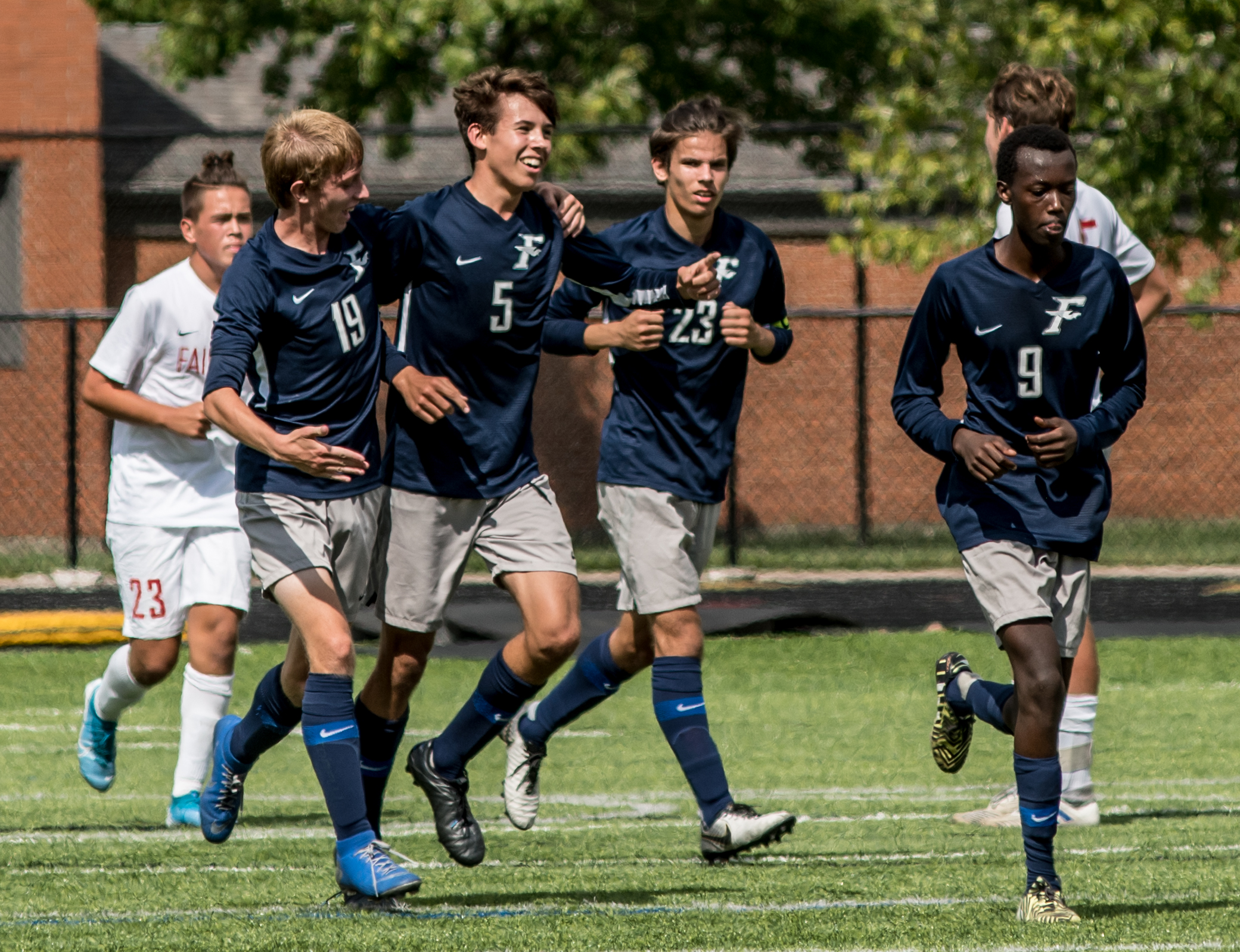 Unfortunately, the Firebirds fell short to visiting Fairfield on Saturday 4-1. The Birds held Fairfield to only one goal in the opening half despite being outshot and losing the possession battle by a slight margin.

As the second half wore on rising temperatures played a part in an up and back battle. The Firebirds had 2 high quality scoring chances in the opening 10 minutes of the second half, but were unable to convert. Fairfield scored their 2nd and 3rd goals within a 3 minute span about half-way through the 2nd half when Fairmont was caught throwing numbers into the final third. With 10 minutes remaining Sam Fiscus headed the ball into the back of the net to grab a goal back. Unfortunately the efforts were too little too late as the Birds fell 4-1 to Fairfield.

Fairmont returns to the pitch on Tuesday night at Fairmont Park Stadium in a GWOC clash against Centerville. JV kicks off at 5:30 and Varsity at 7:00 pm.