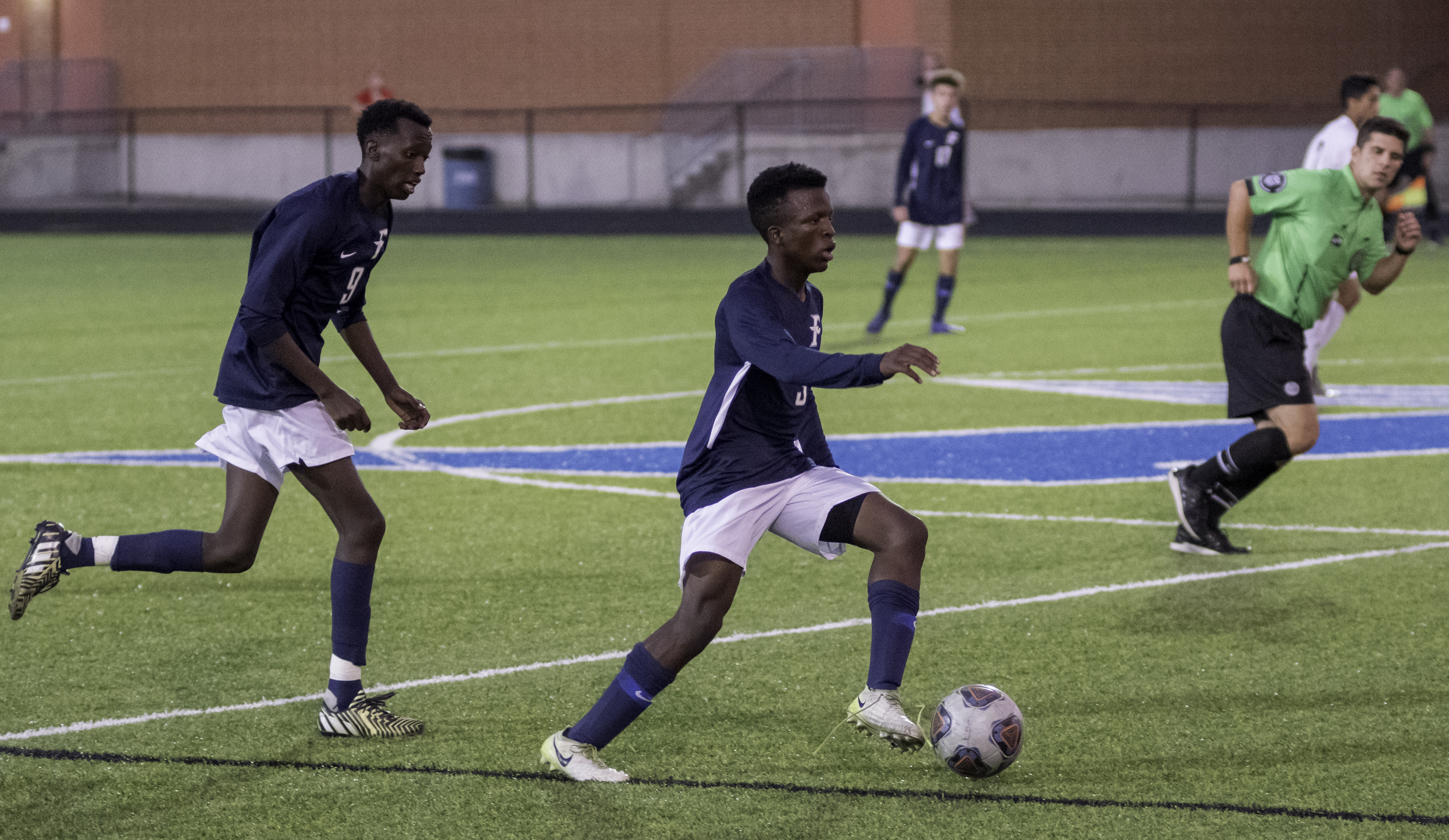 The Fairmont Firebirds fell to a perennially strong Beavercreek High School team, 7-0 on Tuesday night. The Firebirds, having had defensive success recently, came in with the game plan of sitting deep and looking for goals on the counter-attack. Unfortunately, two quick Beaver goals in the 2nd and 8th minutes derailed Fairmont’s plan.

After surrendering the goals, the Firebirds were forced into the difficult dichotomy of simultaneously chasing goals and trying to blunt the Beavercreek offense. The situation proved untenable. Beavercreek exploited both the gaps in the defense and the space behind the Fairmont back line to create scoring opportunities.

The Firebirds’ best chance of the evening came in the 32nd minute. High pressure from midfielder Sam Fiscus (JR) resulted in the Beaver defense losing possession deep in their half. Forward Fabrice Uwihirwe (SR) was alert to the ball heading back to the Beavercreek keeper. After mishandling the ball, the Beavercreek keeper fouled Uwihirwe. Fairmont was awarded a penalty, and the chance to climb back into the match. Captain Josue Martinez (SR) stepped up to the spot, but the Beavercreek keeper guessed correctly and saved the kick. The missed opportunity deflated the Firebirds, who were unable to keep the Beavers out of the net in the 2nd half.

The Firebirds play away to take on their slightly-northern rivals, Oakwood High School, on Saturday, October 5. Kickoff is scheduled for 1:00 pm.