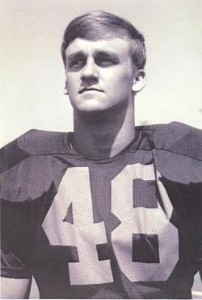 SOUTH BEND, Ind. — Before Chet Moeller left for the weekend of activities surrounding Saturday’s College Football Hall of Fame enshrinement ceremony, he composed an email to most of the other honorees.

“I just told all of them, ‘Jenny and I can’t wait to see you,’ ” Moeller said of himself and his wife. “I wanted them to know that they mean something to me.”

It has been 14 months since Moeller — a 1972 Fairmont West High School graduate and star safety at Navy from 1973-75 — learned he would be among the 20 former players and coaches honored at South Bend’s Century Center Convention Center. In that time, most of the group has been together three times, at an induction in New York, an event in Phoenix and Saturday’s enshrinement.

Moeller said the most rewarding part of the process, aside from his memories of being a 6-foot, 190-pound standout on a feared defensive unit, has been building friendships with the rest of the class.

They’ve also shared memories of Moeller’s playing career, which included a famous 7-6 defeat of Penn State in 1974, Moeller’s junior season. The next year, Navy beat Pittsburgh and running back Tony Dorsett 17-0 a season before the Panthers won the national championship.

“Johnny Majors is a friend, and he coached that team,” said Moeller, now a computer consultant living in Montgomery, Ala. “He comes up with some anecdotes and reasons why we won, so remembering is fun.” 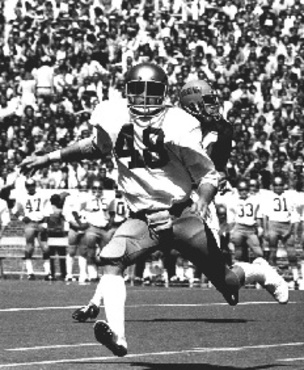 The 1972 Fairmont West High School graduate started as a safety at Navy from 1973-75 and is said to have revolutionized the position with his quick reads and ability to blow up plays in the backfield. He holds the single-season
program record for tackles for loss with 25.

Now a computer consultant, he met his wife, Jenny, at a Fellowship of Christian Athletes conference and moved to her home state of Alabama after marrying. The couple has two grown children.

Q: You say your induction makes you think of those who impacted you. Is former Fairmont West coaching great Dick Hoppe one of them?

A: Coach Hoppe was — and I tell him this every time I see him — such an influential part of my life. He was an encourager, but he was as tough as nails. He worked us to death, to the point where I knew I could withstand anything. If I have any emotion and fire, I tell him my intensity comes from him. He built that in me so when I got to the Academy, the high school workouts were much worse than college.

A: I went up to visit, and it was so totally different from what I found at a regular college campus. I was kind of conservative and straight-laced — to say the least, if you talk to any of my teammates in high school. They’d say I was a real nerd. I didn’t drink or smoke. I was pretty abnormal. The Academy, being a very disciplined place, didn’t bother me. In fact, I liked it.

Q: Did you have any big wins?

I think the highlight was beating Pittsburgh and Tony Dorsett 17-0. The next year they won the national championship. We always brag about that.

A: It’s just from living here. When I go to Annapolis two or three times a year, they make fun of me. And my (three) sisters think I’m a country bumpkin because I have an accent. But they haven’t lived down here. It’s really a beautiful place, a great place to raise a family.

Q: Were you on any of those All-American TV shows they had in that era?

A: I was on “The Bob Hope Show.” It was really fun, but it was short. But there was a Kodak team I was on, and it was down in Miami. We were there for two or three days. That Sunday night, we flew to New York for the taping. We didn’t spend much time there. I got to meet Bob Hope. I think I said, “I’m Chet Moeller from Navy.” And then he launched into something about an anchor.

A: We played at Veterans Stadium. It had 100,000 people there. It’s indescribable. You’re there representing your country, and the guys on the other side are doing the same thing. You don’t like them when you’re playing them, but afterwards you can shake hands and know you’re going to serve with them.

Q: Why do football people say you revolutionized the safety position?

A: (Former University of Dayton assistant) Lenny Fontes was my DB coach. … He used to always tell me I needed to watch more film. I’d say, “I don’t have time to watch film, I’ve got to go back to the hall.” But it wasn’t until I learned to listen to him and listen to what he had to teach me that the lights turned on my junior year. They said I had a number of tackles for loss. That came from just the light turning on and understanding, if you read your keys, you can make plays. Lenny made a highlight film on how to play the position (featuring Moeller). I didn’t really know about it until years after I graduated. Some of the coaches have told me since that time they’ve used that film.”

Q: You were involved in Fellowship of Christian Athletes. Has your faith been important to you?

A: It’s not a cliché for me, saying the Lord helped me. … By no means have I been perfect. I’m still not perfect, obviously, today. I’ll treat my wife bad and say something mean to somebody daily. But I know I have a relationship with Christ that allows me to ask for forgiveness and press on, and that gives me the joy I have in my life. Hopefully, that part of my life has been
evident.”