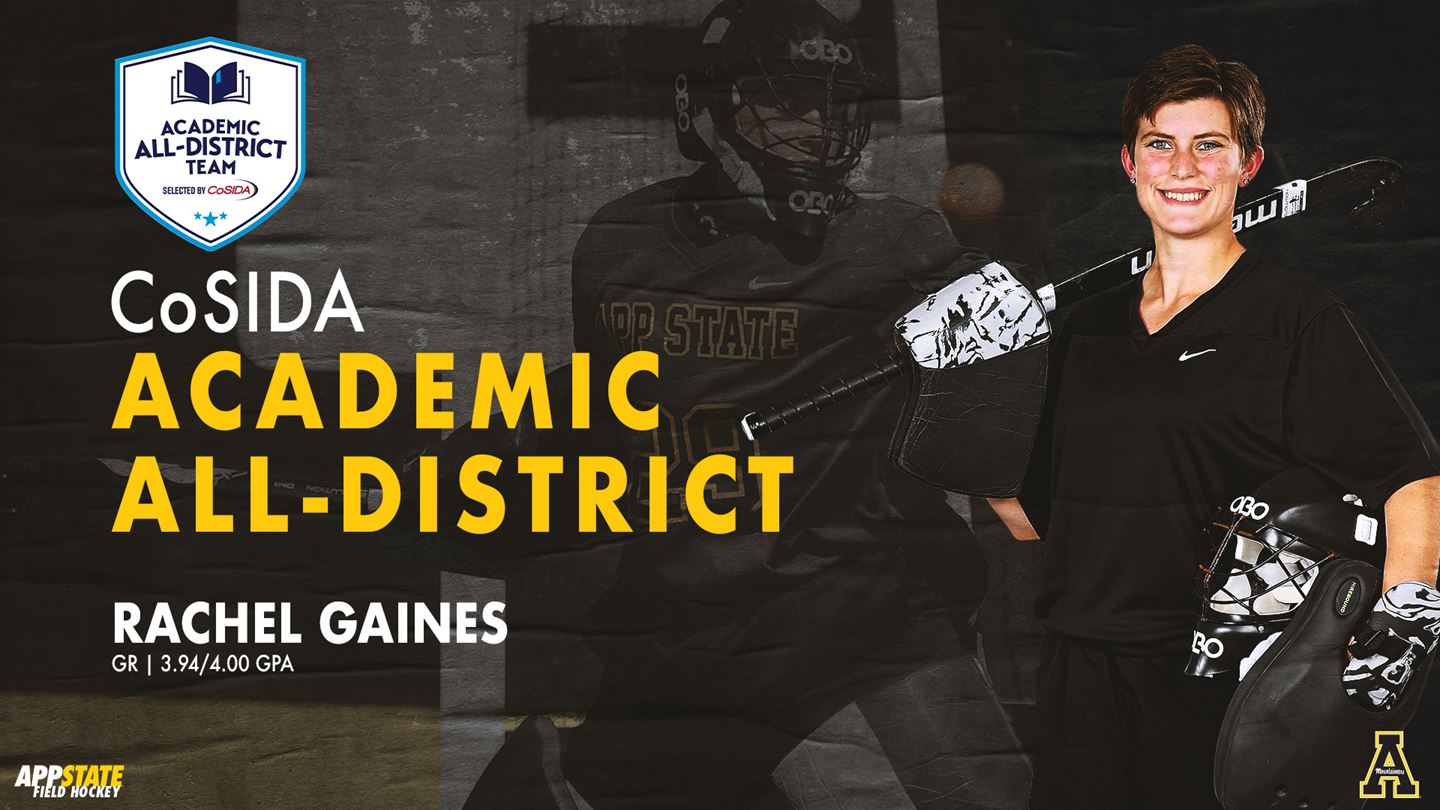 BOONE, N.C. – Rachel Gaines, one of the most decorated student-athletes in App State field hockey history, has been named to the Academic All-District 3 At-Large team by the College Sports Information Directors of America (CoSIDA).

Selected by CoSIDA members, the teams recognize the nation’s top student-athletes for their combined performances on the field and in the classroom. Gaines is part of the 12-member District 3 team that also includes swimmers, golfers, lacrosse players and tennis players from the states of North Carolina, Tennessee and Virginia.

Gaines is the only field hockey representative from District 3 and one of six across all districts. She is the first App State field hockey student-athlete to earn Academic All-District status.

A three-year starter in goal for the Mountaineers, Gaines collected 468 career saves and was a two-time MAC Player of the Week selection. She was named second-team all-conference after producing seven shutouts this past season.

One of 23 athletes selected to the 2020 U.S. Women’s Field Hockey National Development Team, she has also been a two-time member of the U.S. Senior Indoor National Field Hockey Team during her college years.

She will begin pursuit of her doctorate at the University of Illinois this fall.